My name is Michael Penrose and I have Stage 4 Terminal Prostate Cancer. I was told I would have +-2 years to Live on the 10 May 2017. My Cancer had spread out the prostate to a few of my lymph nodes. My gleason score was 10 (That's aggressive fast growing cancer). (My Treatment: hormone injections, chemo and RSO). I eat healthy, exercise, and try to research the best organic foods, supplements, and natural products. I'm losing weight and getting healthy by eating Cancer Fighting Foods. My last hormone injection was September 2018, I have stopped my hormone injections myself. Some say I am crazy but I'm sick of the side-effects and who knows what else it's doing to my body. As of December 2018 my PSA was undetectable. 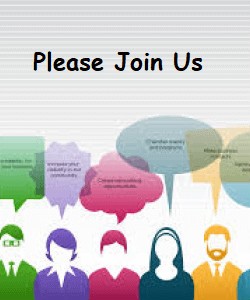 That's what I do develop, design and build websites using a website builder, so for me it's easy to tell my story on my own website.

I CHANGED MY LIFESTYLE WHEN I FOUND OUT I HAD TERMINAL CANCER.

What I am doing is giving my Cancer Cells HELL! In my opinion changing one's Lifestyle could help by giving you a few more months, or years, who knows. I'm also using Rick Simpson Oil and Wow it definitely helps with pain, energy, and lots more that I don't even know about. I feel great. Eating the correct foods will help you Fight Cancer.

Who Is Michael Penrose - My Story

I am just like you. A normal person that goes about doing the daily things that people do. Then one day something happens that changes everything. You get told you have Terminal Cancer. What was important in your Life is no longer important. You are told how long you have left. Your World crashes around you and your immediate family. It does take time to gather your thoughts and then you think, what do they know, I can fight this. Or at least that's what I thought.

MAY 2017: Life was good. I would eat what I want do very little exercise and was overweight. Then it started. At night I would wake up two or three times to pee, and my flow rate was slow. The slow flow rate was only at night. I went to the local GP and the rest is history. My PSA score was 37.7 a good indication that something was wrong. Above 4 is reason to worry. I had Stage 4 Terminal Prostate Cancer that had spread to my lymph nodes. My gleason score was 10. I was told that I probably had two years if I'm lucky. If I did Chemo and the Hormone injection I might have an additional eight to twelve months on-top of my two years. Life had changed for me and my family. Before my Hormone injection on the 24 May I started a three week course of Bicalutamide 50mg daily. My local GP also gave me Tamsulosin tablets which are a great help they relax the muscles around the Prostate and immediately helped with my nightly flow rate improving it - If you have these symptoms please see your local GP and ask for a PSA blood test. No more meat or sugar for me. I also sourced CBD Oil and used it daily.

JUNE to DECEMBER 2017: I started Hormone injections immediately, one injection every three months. I also started to do lots of research of Cancer Fighting Foods and the RSO Oil. I started to eat healthy, my idea was to find foods that make Cancer Cells Commit Suicide. Don't forget, I also still was taking CBD Oil and found that it really helped. On September 6th I had my first dose of Chemo (Docetaxel). On the 14th of September my temperature was high and I was not well and was admitted to Hospital. I stayed in Hospital and was treated with drips and injections in my stomach for four days. Because I ended up in Hospital I asked my Oncology team if they could reduce my Chemo by 30% so my dose would be 70% of what the first dose was, they agreed. I had three more rounds of Chemo which weakened me even more. The Chemo wiped me out, I decided in December it would be best to stop all Chemo. So out of the Six Chemo treatments I was supposed to have I had four Chemo treatments.

JANUARY to JUNE 2018: Slowly I started to lose weight, a few KGs each month. I stopped all meat as my Cancer is Hormone driven and eating meat was a big NO NO for me. I started to eat blueberries, raspberries, variety of nuts, seeds and fresh fruits for breakfast. Lunch would be lots of fresh ginger chopped, garlic crushed then chopped and added to greens like spinach, broccoli, cucumbers, kale, cabbage, cauliflower, carrots all organic and eaten fresh. Just wash and eat. I would also eat lots of fresh fish like Salmon, Tuna and Sardines. Oily fish is rich in so-called n-3 polyunsaturated fatty acids, or n-3 PUFAs, which are involved in helping the immune system.

JULY to SEPTEMBER 2018: July, August, and September were bad months. The CBD Oil that I had purchased didn't seem to help, was the problem where I was getting it from? Because it's supposed to help. The Chemo and Hormone injections had not only punished my Cancer but My Body as well. My emotions and way of thinking kept getting darker, I was very emotional and would cry daily when I was alone. I was not myself, also some of the weight lost seemed to have returned, no matter how healthy I ate. My energy level was low. I also had so much pain at times specially when emptying my bladder. My thoughts were I'm finished, this Christmas would probably be my last. I had tried everything the Medical System had given me, and still I was going down hill and pretty fast. It was even an effort to walk more than 50 steps and I would be out of breath. I was slowly getting weaker and weaker. Then in September a friend told me he had finally found someone who makes the RSO Oil. I started using the Rick Simpson Oil and WOW.

OCTOBER to DECEMBER 2018: (October) I started using RSO Oil daily increasing the amount to one gram a day as my body got used to it. (I needed about 120 Grams of Oil). The first few weeks I slept, I really wanted to sleep and wow I slept. I think while I was sleeping the Oil was repairing a damaged body. I quickly built up to One Gram a day within about two weeks as I was taking it like four or five times a day. The high feeling does go away as your body builds up tolerance - Its weird, there is a delay from the time you take it to the time it hits you. At the end of October I still felt tired and still did not have energy just wanted to rest. I also found a new CBD source and also starting taking different CBD products and that also seemed to help boost my Immune System. I could feel the difference as this CBD Oil was from a different source. What a difference.
(November) After about five weeks of rest and sleeping something changed. I woke up early feeling full of energy, so I would walk daily. It was incredible I also felt like eating only healthy foods again and had loads of energy. At the end of November I really started to improve, I was walking about five thousand steps a day and no problem breathing. I started to loose weight again and realized that maybe I might have a chance at beating this.
(December) Things really improve. Life is once again great. Something was happening to my body and it was good. My Hormone injection to prevent my Cancer spreading was due. I spoke to My Oncology team and I decided to stop the hormone treatment as I had become a believer in the RSO Oil. My PSA in December was undetectable. I guess you could say I'm a test case as lets see what my next PSA test will be, it will be interesting. Daily walking in December reached fifteen to twenty thousand steps, breathing great, getting super-fit pain-free and enjoying Life thanks Mr Rick Simpson.

JANUARY to MARCH 2019: EATING HEALTHY FRESH ORGANIC VEGETABLES AND FRUIT SEEMS TO BE THE ANSWER. No more red meat, no more sugar, no more sweets, no more junk food and sugar filled drinks. You may say what's the point you have Cancer enjoy what little time you have left, eat what you want. I would say to you, that's what I have done all my life. Eat and drink what I want when I want. As a result I was overweight, tired lots of the time, no energy, and lazy. I'm not sure why, maybe being told that I had 2 years left to live changed the way I looked at life. I WANT TO LIVE - Live for Myself and my Wife and Family. The past few months I continued to eat, drink and exercise, feeling great and losing weight. I did have some pain on my right side on and off in February and half way through March it went away after I did make my own healthy Tea with Organic sliced Lemons, fresh Organic Ginger cut up and placed in a rice cooker with 6 Packets Green Tea and Water. I would leave the rice cooker on low all day and end up having like 6 cups throughout the day. By the third day the pain had gone, it's still gone. This drink seems to be a great way to detox and clean out your system, just make sure you are close to the toilet the next day.
(March) PSA Blood Test March 5th Results - 0.6    As you can see PSA Blood test results is slightly up. But Wow I feel great, I think that the effects of not taking the Hormone injections is finally finished. Even down below is starting to wake up, if you know what I mean. I have also decided to stop the tablet I take called Tamsulosin on the 12 March. Tamsulosin is used by men to treat the symptoms of an enlarged prostate. My belief is that why take something if you don't need it. Especially Pills. I really need Tamsulosin months back, but now after 7 days I seem fine, I now sleep right through the nite, and if I wake up I pee normally, so why take a tablet if its not needed. I was told I would be on Tamsulosin for the rest of my Life. Keep coming back, to see as time goes by I need to start taking it again.